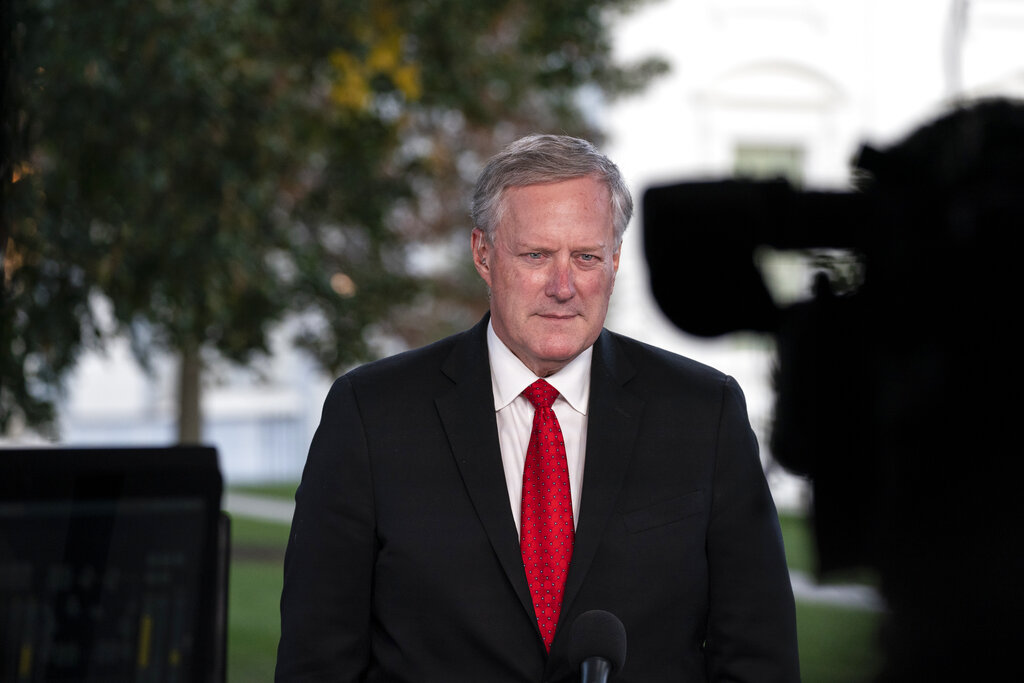 by: The Associated Press and Nexstar Media Wire

ATLANTA – White House Chief of Staff Mark Meadows hosted a large wedding for his daughter that appeared to violate a Georgia order and city of Atlanta guidelines aimed at stopping the spread of COVID-19, an Atlanta newspaper reported Thursday.

Photos of the event show that social distancing guidelines were not followed during the May 31 nuptials at the Biltmore Ballrooms Atlanta, the Atlanta Journal-Constitution reported.

About 70 guests, including U.S. Rep. Jim Jordan of Ohio, wore tuxedos and ball gowns but no masks at the indoor wedding, and photographs show groups of people clustered closely together in the same room throughout the evening, the newspaper said.

Gov. Brian Kemp’s orders at the time banned gatherings of more than 10 people. The governor later loosened some coronavirus restrictions.

The Biltmore Hotel was one of Atlanta’s most lavish gathering places for many years after it opened in 1924. According to its website, the building still features “original handcrafted plaster relief ceilings, restored crystal chandeliers, Palladian windows and Tennessee marble floors.”

Neither Meadows’ staff nor the person who is listed as operations manager for the Biltmore Ballrooms responded to emailed requests for comment from The Associated Press on Thursday.

The weekend of the Atlanta wedding was a chaotic one in Washington, D.C., and across the country, as protests over racial injustice escalated into violence in some cities.

In the nation’s capital, Secret Service agents at one point rushed Trump to an underground White House bunker previously used during terrorist attacks. The West Wing was mostly empty, and many staffers were told to stay home to avoid the protests. Meadows was out of town celebrating his daughter’s wedding, the AP reported at the time.