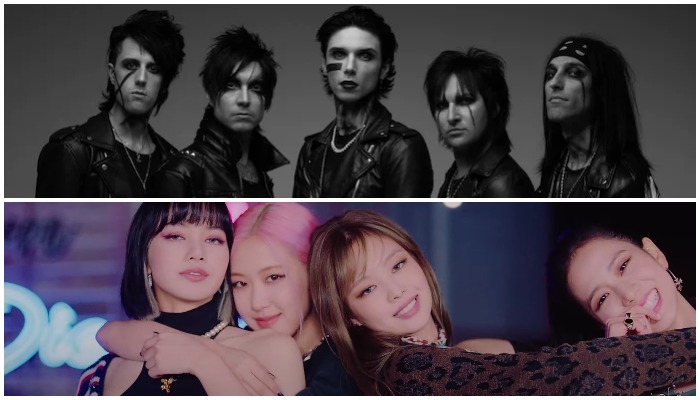 K-Pop group BLACKPINK are taking over North America this year with their catchy hits and collabs with artists such as Selena Gomez.

Now, BLACKPINK are also winning over the hearts of Black Veil Brides fans. The BVB Army have noticed a subtle nod to the band in BLACKPINK’s new video for “Lovesick Girls.”

Read more: This iconic ‘Mean Girls’ role almost went to someone else but they got fired

Although BLACKPINK and Black Veil Brides’ music couldn’t be more different, their worlds are colliding in the “Lovesick Girls” video. The BVB members may not appear alongside the girl group, but they still managed to make a surprising cameo.

BLACKPINK dropped the “Lovesick Girls” video on Oct. 1. The video is filled with some iconic choreography and sets. However, it is the group’s wardrobe that is catching the attention of the BVB Army.

Eagle-eyed BVB fans noticed that Lisa of BLACKPINK is rocking a Black Veil Brides shirt in the video.

The news of the Black Veil Brides nod quickly made its rounds online and the band eventually heard about it.

“Check out Lisa of @blackpink rocking a BVB shirt in their latest music video! Congrats to the group on the release of “Lovesick Girls.”

Check out Lisa of @blackpink rocking a BVB shirt in their latest music video! Congrats to the group on the release of “Lovesick Girls” 🤘 pic.twitter.com/FcE70tYChU

Read more: See how MGK celebrated his first No.1 debut with ‘Tickets To My Downfall’

It is unknown if Lisa or the other members of BLACKPINK are fans of the band. However, it seems as though fans are recovering from their favorite bands colliding in the “Lovesick Girls” video.

@blackveilbrides and @BLACKPINK interaction is the only thing i have ever needed in life. now a prayer circle for shinee and black veil brides interaction

i NEVER, not even in my wildest dreams expected blackpink to somehow, someway, have something to do with black veil brides… BUT HOLY SHIT AM I HAPPY AS FUCK@BLACKPINK @blackveilbrides

BLACKPINK’s “Lovesick Girls” video is available to watch below.

Did you notice the Black Veil Brides nod when you first watched BLACKPINK’s new video? Let us know in the comments below.