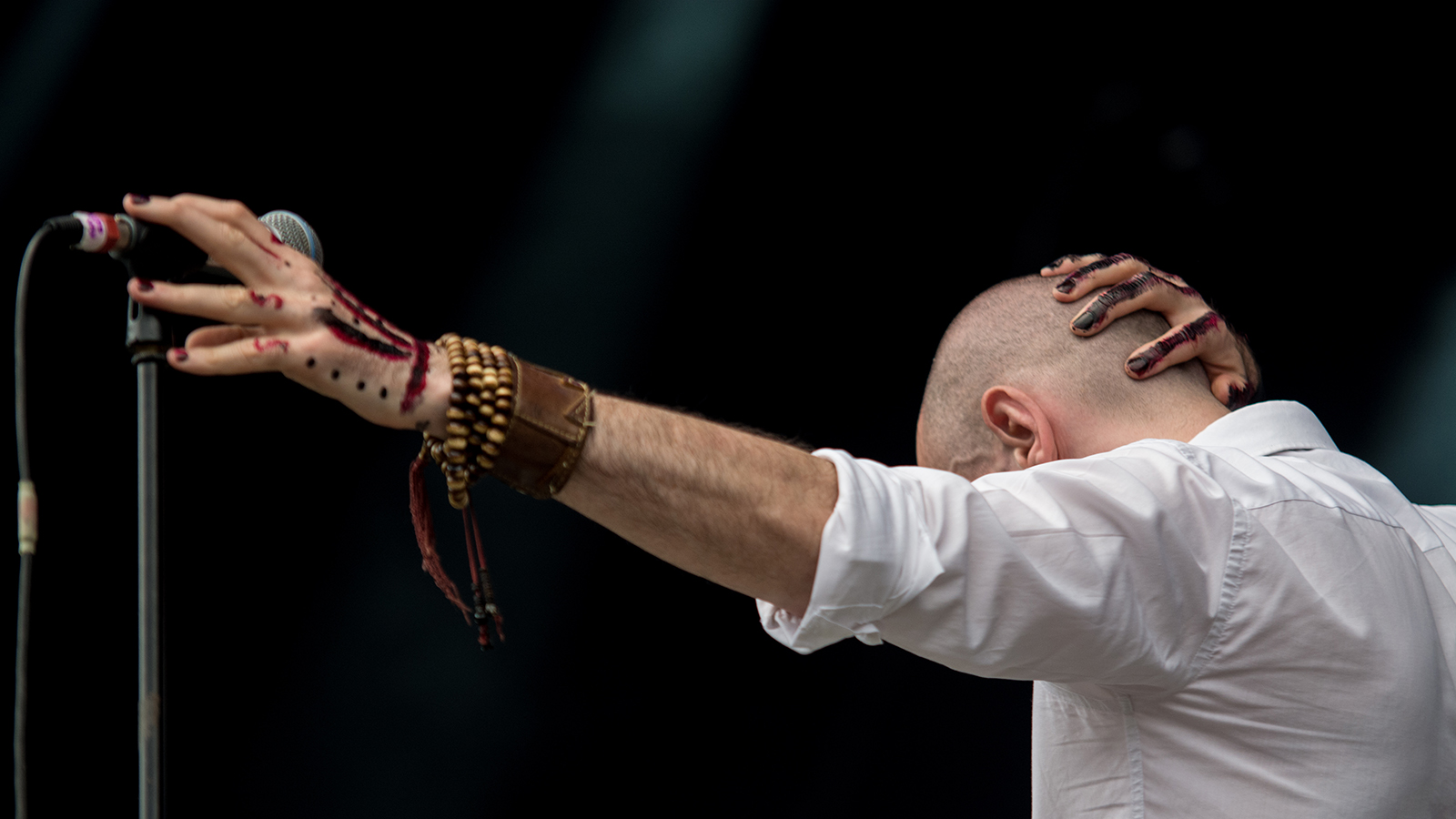 Revolver has teamed with My Dying Bride for an exclusive white vinyl variant of their new EP, Macabre Cabaret, limited to 300 copies worldwide. Order yours before they’re gone!

My Dying Bride have made a career of mining misery for gold. A fan of the classical poets, OG doomsayer Aaron Stainthorpe fervently digs into the depths of destructive passion and cruel delusion to weave tales of loners who often perish in the end. The band’s latest exploration of the grim and foreboding, Macabre Cabaret, drops November 20th on Nuclear Blast. Funereal dirges, gloomy spoken word and megaton low-end haunt the EP’s four tracks.

By his own admittance, however, Stainthorpe is really “a quite happy person.” So to gain more insight into what inspires his exploration of the darker side of existence, we asked him to share his five favorite “miserable” albums. Check out his picks below.

The first I heard about this epic slab of doom majesty was when a review in a magazine gave it a maximum score, saying “essential.” I purchased it the very next day and never looked back. It contains everything you could ever ask for from a doom-metal album — and more! The front cover, the guitars, the vocals — all astonishing and beautiful. This LP planted the seed deep in my mind that I should one day like to form a band doing stuff like this.

Trouble – Run to the Light

This 1987 classic is heavy as hell — somewhat ironic as the band are Christians, or perhaps “white metal” as it was known. The songs contained within are powerful but melodic, with plenty of verse-chorus-verse-chorus shenanigans — which would not normally have appealed to me at that time, but Trouble pulled it off. Eric Wagner’s voice was a touch grating to begin with, but once I’d shifted my listening approach to it, I thought he was magnificent. This is an LP everyone should listen, too!

If it’s murder, madness, corruption, melancholy and darkness, then this offering has it all. OK, it’s not metal. But a huge amount of metalheads cite it as an absolute masterpiece, and I am one of them. Indeed, this LP sparked a couple of ideas in myself, which later grew to be My Dying Bride songs. It is not all mayhem, though, and the sheer loneliness of “The Kindness of Strangers” will have your skin crawling. Nearly all the characters perish in some fashion or other, while those that survive tend to be the demented hero sort, say, quivering in a pool of blood. It’s lyrical and beautifully composed and includes a brace of guest musicians, too. Ah, if only I was one of them.

I’m not sure I’d specifically class this as doom metal, but it’s mighty doomy and kind of metal and beautifully rendered. Think of them as the Pink Floyd of misery. It won’t be everyone’s cup of tea, as the tracks are relentless in their almost constant droning — which can be suffocating at times, but, oh, how I like it. Patrick Walker delivers his words with unadulterated melancholy, with the subject matter being painful and angst-ridden throughout. But I’m all ears for that. We played live with these guys a few years ago, and I found them to be mesmerizing, both visually and aurally, and have looked upon them favorably ever since.