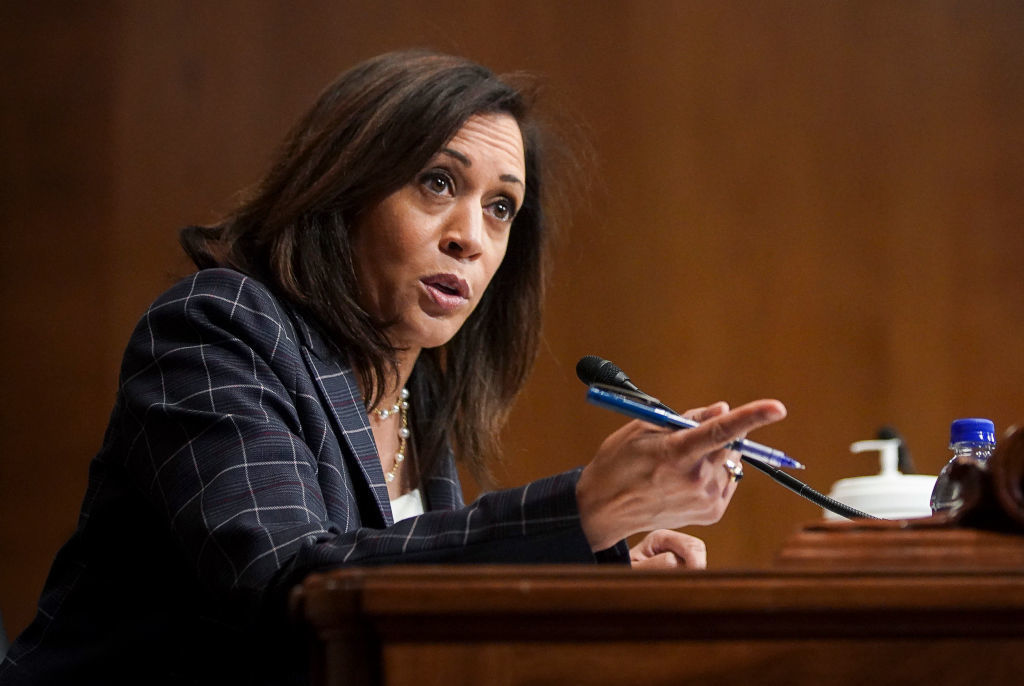 This year’s presidential election demonstrates a massive difference in agendas between Democrats and Republicans on the issue of abortion.  The 2020 election pits one of America’s most successful pro-life incumbents against what is quite possibly the most pro-abortion Democratic ticket in our nation’s history. Kamala Harris’ debate performance on Wednesday proved this loud and clear.

First and foremost, Harris championed abortion behind a veil of ethical hypocrisy. During the debate, Senator Harris said that she and Joe Biden were raised to value “the importance of fighting for the dignity of all people.” Well, does or does that not include a fight for the dignity of preborn humans? Harris gave no clear answer. Harris also said many times throughout the debate that she is “on the side of science.” But what is her position on the scientific fact that life begins at conception? 95% of biologists agree with that. And as technologies like sonogram innovation improve over time, we see only more clearly that what abortion attacks and destroy is nascent human life, not just a clump of cells.

Second, Harris’ evasiveness and silence spoke volumes about her party’s radical pro-abortion platform. Harris was asked point-blank about whether she supports “taxpayer-funded abortion up until the moment of birth.” She did not answer. Harris was also challenged on whether Democrats would pack the Supreme Court with additional liberal Justices (most likely to manipulate abortion policy). And yet again, she did not answer.

In fact, Harris seemed eager to spend as little time as possible defending her position on abortion. Harris did finally admit that, “I will always fight for a woman’s right to make a decision about her own body.” Vice President Mike Pence, by contrast, proclaimed his pro-life values without reservation, saying ”I’m pro-life, and I don’t apologize for it.”

Harris’ debate performance downplayed how outrageous her ticket’s position on abortion really is to American voters. Just earlier this week, Joe Biden declared that, in the event the Supreme Court overrides Roe v. Wade, “The only response to that would be to pass legislation making Roe the law of the land.”

Notwithstanding the simple truth that the president’s role is not to legislate but to execute, Joe Biden’s shocking position simply further confirms that the Biden/Harris candidacy is the most pro-abortion ticket in American history. Any semblance of moderation Biden had on this issue has been eschewed in favor of the Democrats’ unmitigated embrace of abortion on demand up to birth. There seems to be no room for pro-life Americans in the Democratic party anymore.

In a way, the debate left us to fill in the blanks on what Harris’ final view on abortion is, but her record speaks for itself. As a senator, Harris cosponsored the Women’s Health Protection Act, which would prohibit sovereign states from passing and enforcing any legal restrictions on abortion. Everything from informed consent laws to mandatory waiting periods and anything in between would be on the line with Harris in the White House. And Harris’ dedication to abortion’s horrific reality peaked when she voted against the Born-Alive Abortion Survivors Act. This important legislation would ensure that doctors must provide life-saving medical care to a baby who survives a failed abortion. Harris opposed it. So much for “the importance of fighting for the dignity of all people!”

Biden and Harris fully support the radical abortion industry agenda in a way that should disturb voters. The truth is that the abortion industry purposefully targets, exploits and profits from hurting women, using deceptive messages such as “abortion is the only option” or “abortion will not have any long-term effects on quality of life.” Kamala Harris has fought for the abortion industry in the U.S. Senate, and if she becomes Vice President, you better believe she will try to enact this agenda at the highest level of government.

The top 7 stories of the day, curated just for you!
Delivery: Weekdays

Lastly, although Harris has tried to position herself as an advocate for women’s rights, her pro-abortion loyalty does more to reduce women’s empowerment than encourage it. A woman should never feel like she must have an abortion in order to achieve a fulfilling life. Women can both raise families and live full lives. Women are capable, strong, intelligent and have tens of thousands of non-profit entities ready to support them and their children.

Legal scholar Catharine MacKinnon was right when she said abortion “does not liberate women; it frees male sexual aggression.” Abortionists cannot seriously tout feminism. Instead of equipping and empowering women, abortion exploits them, profits off of them during their greatest moments of vulnerability, and sends the message that they are incapable.

At Human Coalition, we come alongside women facing an unexpected pregnancy, supporting them with a network of life-affirming resources. We operate a growing network of telehealth and brick-and-mortar health care centers, and we partner with pregnancy centers across the nation.

The fact of the matter is that about 75 percent of abortion-determined women we engage say that if their circumstances were different, they would choose to carry the pregnancy to full term. So at Human Coalition, we walk with women, sometimes for years, to help them move from dependence to independence. And many churches and organizations within the pro-life community do the same.

Abortion has a destructive impact on relationships, the family, women’s mental, physical, and spiritual health and the fabric of society as a whole. Abortion is the greatest moral and societal atrocity in our nation. But the Biden/Harris campaign doesn’t want you to know this. In every realm, from policy and the courts to culture, the Biden/Harris ticket is a disaster for the cause of human dignity. Christians and pro-life Americans must continue to make this the election’s defining issue.