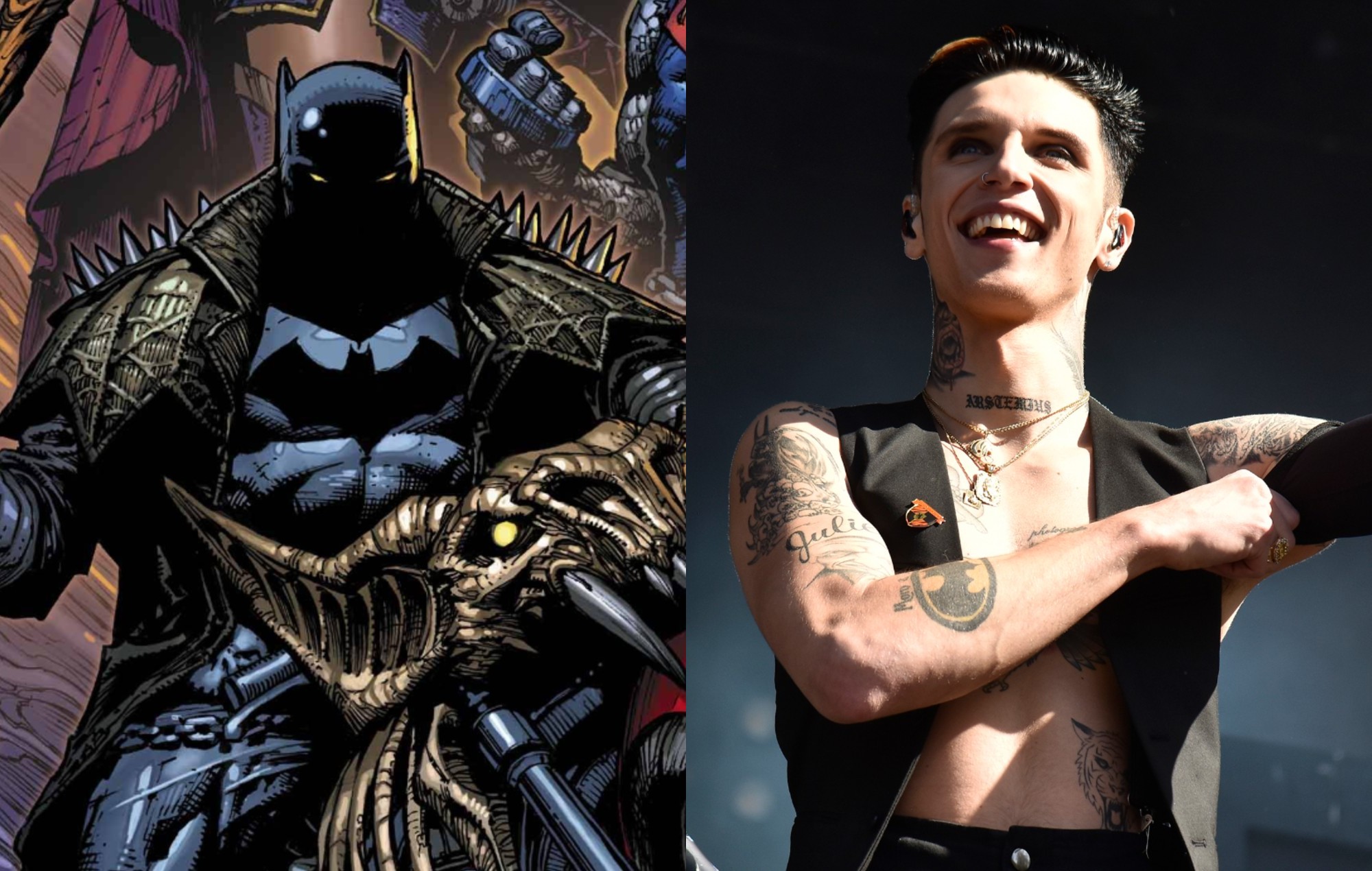 Andy Biersack, founder and vocalist of US glam metal outfit Black Veil Brides, has been tapped up to provide the voice of Batman in DC Comics‘ Dark Nights: Death Metal.

The musician, who described the opportunity as a “dream come true,” has been enlisted to contribute lead vocals to a “sonic experience” that will tie into the company’s ongoing series of comic books.

The project is being released episodically, with a trailer for the first instalment featuring Biersack available below.

The score for the project comes from Tyler Bates, who has provided music for blockbusters including the John Wick franchise, 300 and Dawn Of The Dead.

A full soundtrack album will also be released via Loma Vista Recordings, with a release date to be confirmed.

I’m thrilled to share with you guys that I have been given a dream come true opportunity to be the voice of Batman in @DCComics “Dark Nights: Death Metal” 🦇 Click the link to watch episode 1 & get more info on the comic series & soundtrack coming soon! https://t.co/5YzujLxWm8 pic.twitter.com/OslHVy8oG5

Dark Nights: Death Metal was launched in June after an initial coronavirus-enforced delay, and is written by Scott Snyder.

It’s the follow-up to 2017’s Dark Nights: Metal, which itself came with a soundtrack inspired by the books.

Meanwhile, Rise Against have teased a new track that will feature as the lead single from the Dark Nights: Death Metal soundtrack.

“Personally, being involved with this soundtrack is really fantastic,” Rise Against frontman Tim McIlrath said. “Growing up, my little brother and I would ride our bikes to the newsstand near our house and spend all our money on the latest comic books, and Batman was a favourite.