Dreaming of ‘Purple Rain’ on your wedding day? With no live music, First Avenue booking famous stage for private events

Dreaming of ‘Purple Rain’ on your wedding day? With no live music, First Avenue booking famous stage for private events 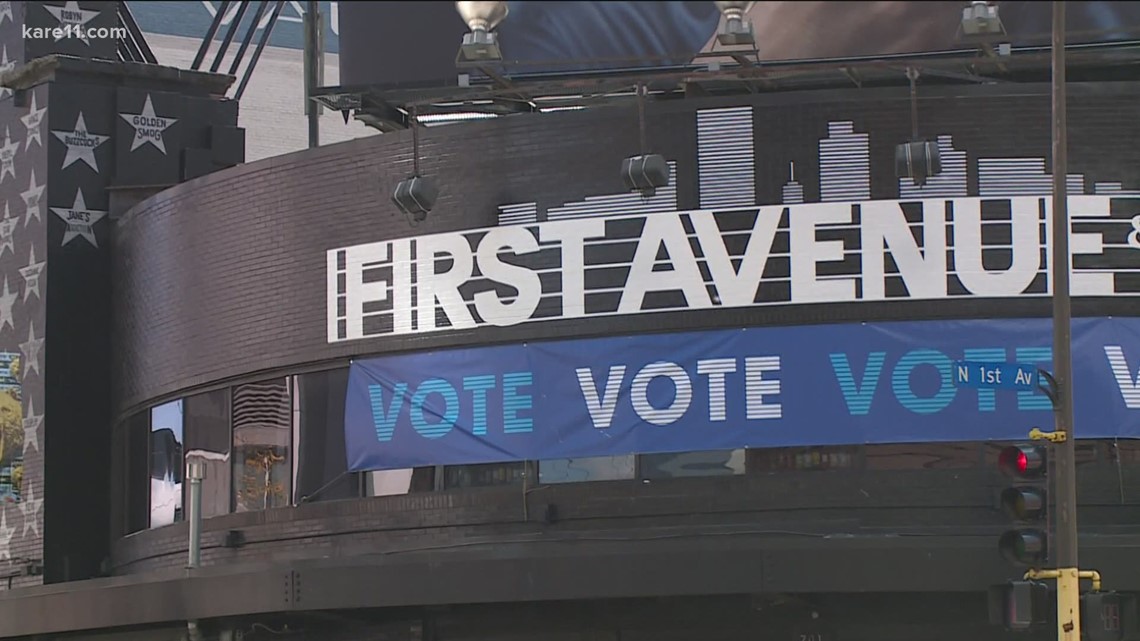 The pandemic has forced the iconic Minneapolis music venue to get creative.

MINNEAPOLIS — Whether you dream of a “White Wedding,” or “Purple Rain” on your wedding day, you’ll soon have the rare opportunity to book iconic music venue First Avenue as a wedding venue.

“Lucinda Williams actually got married on stage here,” said First Avenue marketing director Ashley Ryan. “We’ve had a couple of staff get married in the 7th St entry, but normally October, November, even into December, it’s our busiest time of year.”

If booking weddings sounds like selling out, Ryan says that’s the hope. For months, live music venues in Minnesota and most other states have sat in silence due to the COVID-19 pandemic.

“We have staff who have worked here for 20-30 years and since mid-March they’ve been out of work,” Ryan said. “So any kind of event that we can do to get people back into the building, we’re interested in. We want people to feel connected.”

But that connection will look and feel different. Wedding packages at First Avenue will be limited to anywhere from 10 to 25 guests and require mask wearing and other COVID-19 protocols.

“We have allowed for like a bride and groom dance, a father/daughter dance, people who are in family units or have quarantined together, that sort of thing,” Ryan said. “But, no, there won’t be a big, open dance party.”

The same goes for the first public event on the First Avenue calendar. The annual Halloween costume party will go on, but masks will definitely be required.

“Normally we would have a big dance party, that’s not happening this year,” Ryan said. “It’s seated, there are tables. Everybody will be socially distanced, but you can still enter the contest you can still get your photo taken in front of the backdrop. So it’s a toned down sort of different type of Halloween than what we usually do but I think it’s appropriate for everything that’s going on.”

Last week, Minnesota Governor Tim Walz dialed back state COVID-19 guidelines to allow live, indoor music in some limited capacity, but Ryan says First Avenue and the other venues it operates are still trying to navigate that.

“There’s not a full-blown return to live music right now,” she said. “Our room normally holds over 1,500 people. Socially distanced and seated at a 25% capacity, we’re down to about 100 people. So the economics just don’t match up there. Hopefully, in the next month or so we might even have some new stuff to announce.”

In the meantime, singer Dizzy Fae will be the first musician to take the stage of the First Avenue Main Room this weekend, to perform as part of the Save our Stages virtual festival, which will be broadcast on YouTube. The festival, which will feature performances from artists across the country, is free to watch, but the hope is that listeners will donate to the National Independent Venue Association.

“That fund is going to directly offer grants to venues all across the country,” Ryan said. “We’re hoping that we have a surge of donations over the course of the three days, I mean, throw a couple bucks in.”

It’s something she hopes Congress does as well, by passing the Save our Stages Act, which would provide financial support for venues, promotors and employees until live music can finally return to normal.

“Live music venues, theaters, clubs, they were the first to close,” Ryan said. “We will be the last to reopen, and we don’t do music in a to-go box. Our hope is that we can just keep coming up with fun ideas to keep us going.”