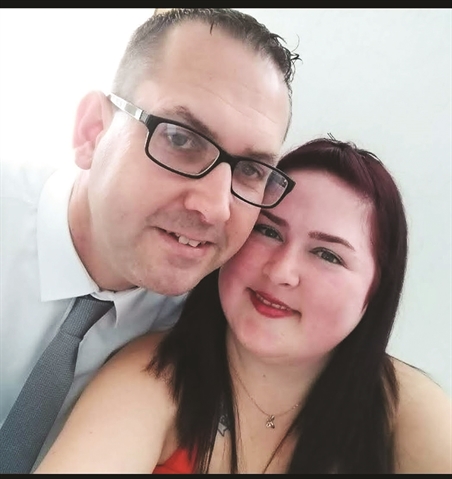 A DEVASTATED couple’s fully-planned wedding had to be scrapped for a second time after Carlton Park closed — leaving them almost £3,000 out of pocket.

Gary Griffin and Laura Hamlet were forced to switch from August 28 this year to the same date in 2021 because of the pandemic.

And the couple thought it was a hoax when a hurried note was emailed from one of the affected staff at Carlton Park last week.

“It was either rushed or just really bad English,” said Gary (45), who grew up in Kiveton Park. “We thought: ‘Is this some kind of joke’ and rang the Advertiser, who confirmed that it had been closed.

“We’ve tried all sorts of email addresses but had no answers. So I’ve been in touch with the credit card and bank to fund the transactions, because we paid bit by bit.

“It’s caused arguments between us because it’s been so stressful. We should be married now. That was taken away from us, that’s understandable with the pandemic.

“But then to be told the venue has shut down, it’s just been completely devastating.”

The couple picked Carlton Park partly to be close to Canklow, where Laura (29) grew up, and her family.

Gary said: “We were originally meant to get married on August 28 and had the photographer, cake woman, table decorations, everything arranged, then Covid kicked in and we had to rearrange, so we picked the same date next year, again at Carlton Park.

“Luckily, we got everyone on board again and it was all up and running.

“We felt reassured. There had already been a few alterations, they had redone the reception area and the room that we were going to get married in. It was all hunky dory until this email last week.”

l Another couple, Daryll Booth and Louise Woodward, had been due to marry at the hotel on the day it closed.

Daryll’s mum Sharon Walker said they had been contacted the day before to discuss the food menu and room bookings.

Sharon branded the sudden closure “appalling” — as they only found out from their registrar the afternoon before.

“No-one from the hotel has contacted them directly,” she said. “It’s a disgrace. Louise rang me in a state. She was just devastated.”